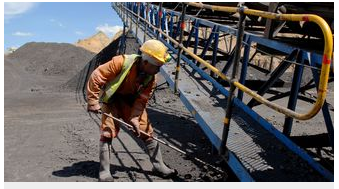 Amidst ‘chamber politics’ that has thwarted Parliament’s public perception and credibility, it is presented with a significant opportunity to exhibit its Constitutional powers and functions as the national legislative authority and platform for public consideration of issues and overseeing executive action.

On 16 January 2015, President Jacob Zuma referred the Mineral and Petroleum Resources Development Amendment Bill to the National Assembly – eleven months since the National Council of Provinces passed the Bill and Parliament transmitted it for Presidential assent and proclamation into law.

The President’s referral requires Parliament to exercise its Constitutional mandate to review within certain parameters and grounds, the process and legislative considerations it previously adopted in passing the Bill.

This presents Parliament with a legislative Rubik’s cube that corresponds with South Africa’s investor friendly pitch at the 2015 World Economic Forum – punting the viability and stability of South Africa’s mining, resources and energy sector.

There was no shortage of lobbying on the amendment bill. Some labeled it “controversial” and discouraging investment in South Africa’s embattled mining industry and the growth of the fledgling oil and gas sector. Stakeholders lamented the Parliamentary public consultation process, the redrafting of the Bill by the Department of the Mineral Resources and the timing of the Gazette notice publishing the amendments to the Act on 27 December 2012.

The President’s letter of referral addressed to the Speaker of the National Assembly, cites the following concerns regarding Bill’s ability to pass constitutional muster:

The President’s referral on these bases is significant. Prior to the May 2014 general election, the 4th ANC-led administration and Parliament stewarded the bill through the legislative process. This was aligned with the ANC elections manifesto for the transformation of the mineral and energy sector.

This drive towards advancing increased local beneficiation and industrialization finds its genesis in the objectives of the Freedom Charter, which proclaims that the mineral wealth of the country “be owned by the people as a whole”.

The ANC’s 2015 January 8 Statement reaffirmed the furthering of “radical socio-economic transformation” and in reference to the Mineral and Petroleum Resources Development Act (MPRDA) stated:

“The vast mineral wealth of our country, which lies beneath the soil, has been transferred to the ownership of the state on behalf of the people as per the Freedom Charter. However this has not yet translated to equal and full benefit of all South Africans. The ANC commits itself to continue working with our people to ensure that there is enhanced benefit from this ownership. This year we must finalise the amendments to the applicable laws to ensure that mineworkers and mining communities share, much more equally, in South Africa’s mineral wealth”.

All of these factors cascade into three distinct and interlinked messages.

Firstly, the ANC’s policy position on State participation in the minerals, oil and gas sector remains consistent with the original intent of the Bill and the principles of the Freedom Charter – notwithstanding the referral of the Bill back to Parliament. These are further echoed in the party’s 2014 elections manifesto and the 2012 National Conference resolutions.

In the Organisational Report to the party’s June 2012 National Conference, ANC Secretary-General Mr. Gwede Mantashe called for delegates to assess progress made in implementing the MPRDA in order to ensure compliance with the Act, in the context of maintaining the state’s strategic role in the mineral and energy complex as key sector of the economy.

In June 2015, the ANC National General Council gathers to assess the party’s mid-term progress and policy review to shape resolutions for adoption at its National Conference in 2017.

Any fundamental legislative realignment on the MPRDA and which deviates from the original policy intent is unlikely to occur in isolation of these party political policy processes which overlaps with the timing of the Parliamentary review process.

This represents the Parliamentary and legislative Rubik’s cube through which MPs are challenged to achieve a reasonable balance between their party policy objectives and ideologies, public policy and the differing interpretations of what constitutes policy certainty.

Secondly, Government is signaling to the investor, mining, oil and gas community, that the attainment of these policy objectives will not be pursued at the expense of legislation that disincentivises the investment inflow upon which Government’s quest for socio-economic transformation is dependent.

Thirdly, the State is communicating its sensitivity to the impact of sub-standard legislation that might be open to Constitutional challenge and which therefore undermines the ability of the State to advance its socio-economic objectives.

It was former Speaker of the National Assembly, Max Sisulu who vocally cautioned lawmakers during the 4th democratic about the perils of drafting poor quality legislation. During the 2013 Debate on Parliament’s Budget Vote, he bemoaned the number of laws passed by the National Assembly being returned for correction and being found unconstitutional as the consequence of “inadequate scrutiny”. He underscored the growing complexity and technicalities of legislating and the need for Parliament to draw on and maximise the availability of stakeholders to ensure access to specialized knowledge and information.

By referring the matter to the Portfolio Committee on Minerals Resources, the Speaker of Parliament has delegated the Committee a formidable maiden legislative task, since its inception following the May 2014 general elections.

The Committee must familiarise itself with the principles and imperatives behind the legislation, the legislative and consultative process followed by its predecessors in the 4th Parliament and stakeholder input received.

Although the provisions exist for the Committee to expand its review of the legislation, it is premature to preempt the Committee’s approach to the referral and the intersecting political considerations, policy objectives and industry imperatives.

This process presents the Committee with a multifaceted piece of legislation that lends itself to the approach advocated by former Speaker Sisulu. It is a landmark opportunity for this Committee to initiate itself into Parliamentary affairs.

In recognizing the opportunity that this presents, stakeholders should be cognizant of the complex interplay between party policy, public policy, the separation of powers between the Executive as well as Parliament and its Constitutionally derived powers, functions and rules of procedures. All of these weave an intricate web of institutional arrangements comprised of Parliament’s legislative and oversight structures, party political parliamentary caucuses, Parliamentary and State legal advisors and Parliamentary programming structures. Unraveling these intricacies and the solutions to be crafted require a robust and constructive approach by decision-makers and stakeholders alike.

‘Minerals Act a chance for Parliament to flex its muscle’