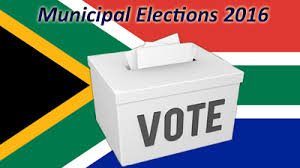 ETHICORE Political Lobbying – South Africa’s pioneering and leading government affairs across all spheres of Government and key policy areas, is supporting and advising clients all across industries and sectors to re-evaluate and recalibrate government affairs, advocacy and lobbying strategies in post-elections political environment.

On Wednesday 3 August 2016, South Africans took to the polls and cast their ballots to elect their public representatives in metropolitan councils and rural district municipalities for the next five-year municipal term.

In the end, it was a fiercely contested election across the board, with the impact being most pronounced in South Africa’s major metropolitan councils of Johannesburg, Tshwane (formerly Pretoria) and Nelson Mandela Bay.

In these three cities, the opposition Democratic Alliance emerged as the leading party, ahead of the African National Congress, which had been the dominant governing party in these cities with an outright majority since 2000.

These political shifts manifested itself in 27 hung councils across South Africa, which now require the formation of coalition governments to constitute a government in each council.

Following the announcement of the official election results by the Independent Electoral Commission (IEC) on Saturday 6th August 2016, political parties have 14 days therefrom to constitute the first meeting of municipal councils in accordance with the Municipal Systems Act.

If within this period political parties fail to form a government to govern any municipal council, the Constitution provides for both the National and Provincial sphere of Government an authority to intervene to overcome the deadlock and ensure municipalities are able to function.

The period up until then is already being characterised by intense negotiations and coalition talks between all political parties, large and small, irrespective of political ideology and policy positions. With the only exceptions at this stage being that the DA has stated that it will not enter into a coalition with the ANC to form a Government as part of its call for an opportunity to govern where it believes the ANC has failed.

These negotiations and coalition talks and what they will ultimately result in, not only shapes the landscape of municipal government and politics for the next five years.

The basis and conditions for the establishment of coalitions are already beginning to redefine South Africa’s broader national political landscape. This is starting to be reflected in the concessions and guarantees that negotiating political parties offer and seek in exchange for the support and participation in a coalition. These have already emerged in the form of exchanges and binding agreements for political cooperation as it relates to power sharing, leadership positions and policy trade-offs.

The implications of these are that once the dust has settled, the impact of negotiated agreements and coalitions formed, will reverberate across the political spectrum, including:

Beyond the numbers, individual companies, industries and sectors will benefit from understanding the tangible and material impact of the outcomes of these negotiations on their strategic policy, legislative and regulatory priorities. These will be affected by the spheres of Government concerned in each case and the ability to engage in constructive and effective advocacy and government relations.

Affected companies, industries and sectors need to re-evaluate and appropriately recalibrate their government affairs, advocacy and lobbying strategies to determine how best to interpret, navigate and interact with coalition governments and their ripple-effect throughout the political system.

Our team of experienced experts and professionals all across spheres of Government and key policy areas, are supporting and advising clients to appropriately integrate these considerations within their government affairs strategies and approaches.

Our offering is geared towards supporting our clients – past, present and future, as well as our international partners, with the customised precision required to translate in-depth political intelligence and analysis into targeted instruments for impactful policy-relevant engagement and government relations.